Fort With a Mission

Third Fort's the Charm
In 1840, at the point on the Detroit River closest to British Canada, the United States Army began surveying local farms for the placement of a new artillery post. A five point star fort was slated to have the most up to date cannon capable of firing on enemy sailing vessels and the Canadian shore. It would be named for General Anthony Wayne whose defeat of the British at Fallen Timbers in 1796 resulted in United States occupation of the Northwest Territories.

This new fort would be Detroit’s third, yet its first to be built by Americans. The city's original fortress, Fort Pontchartrain du Detroit, was established by the French near today's Hart Plaza shortly after Antoine Cadillac's landing in 1701. That fort was surrendered to the British in 1760 during the French and Indian War and, several years later, the British built a new fort with the name Fort Lernoult. This second fort was constructed farther inland, centered on what is now the intersection of Fort Street and Shelby Street. It remained occupied by the British until 1796 when the United States took over Detroit and renamed the battlement Fort Shelby. 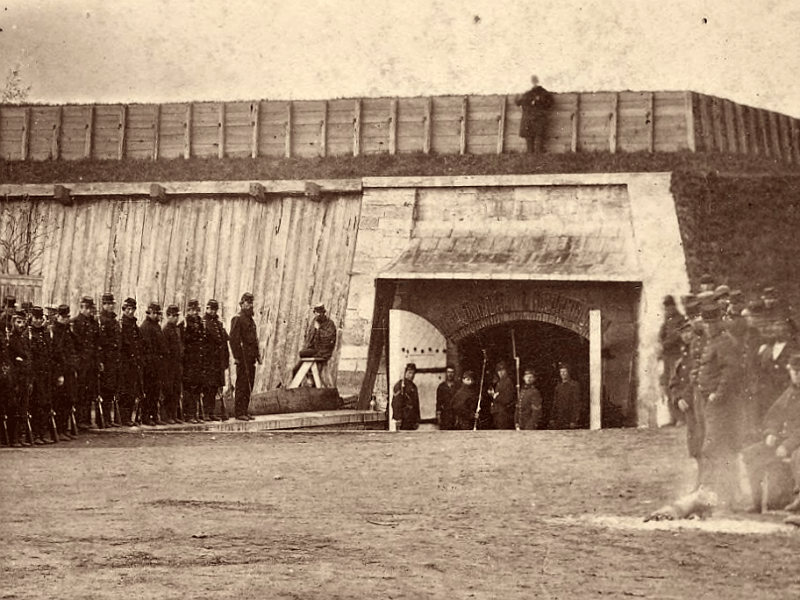 During the decades following America's ejection of British troops after the War of 1812, Fort Shelby fell into disrepair. Meanwhile, the threat of a territorial war still loomed with British Canada. As tensions increased along the Northern border, America's defensive positions were fortified to include new forts from the east coast to the Minnesota Territory. Detroit's new Fort Wayne was to be a critical component of those defenses.

What Happened to the Cannons?
Diplomacy intervened, however, in the mission of Fort Wayne. Before any cannons could be procured for the new fort, the United States signed a treaty with Britain resulting in diplomatic solutions to all territorial disputes. The new fort was re-commissioned as an infantry garrison, but held no troops until the outbreak of the Civil War when the first Michigan soldiers reported for duty. 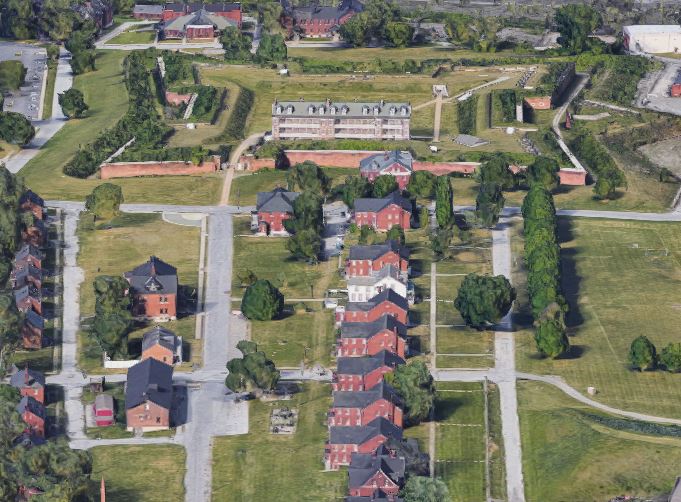 Because of the new relationship with Britain, and later Canada, Fort Wayne never saw a shot fired in anger. Instead, the peaceful location became a primary induction center for Michigan troops entering battle in every U. S. conflict from the Civil War to Viet Nam.

Among other duties over the course of its 125 years, Fort Wayne served as an infantry training station, temporary home of the Chaplin School, primary procurement location for vehicles and weapons manufactured in Detroit during both world wars and, also during WWII, housed prisoners of war from Italy. Additionally, following Detroit's 1967 riots, the fort became a haven for many families whose homes were burned, with many residing there until as late as 1971.

New Ownership and New Horizons
Beginning in 1948, the Fort was slowly turned over to the City of Detroit parcel by parcel. Over the next 28 years, the city eventually came to own the entire property with the exception of nine acres still occupied by the Army Corps of Engineers. The property is now under the care of the City of Detroit Recreation Department, along with the assistance of our volunteer organization, Historic Fort Wayne Coalition. 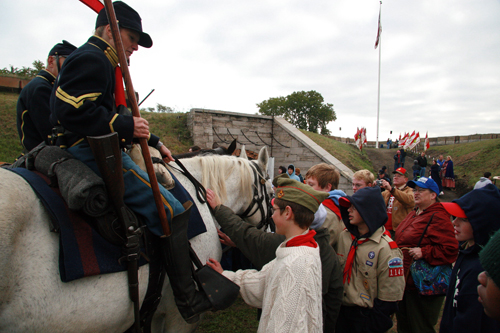 Today you can visit the original 1848 limestone barracks building, 1845 star fort renovated in 1861, the restored Commanding Officers house, the Spanish-American War guard house, an ancient Native American burial mound, and the Tuskegee Airmen Museum. Now and throughout the years ahead, Fort Wayne is returning to prominence with exciting plans in the works. The preservation is underway!